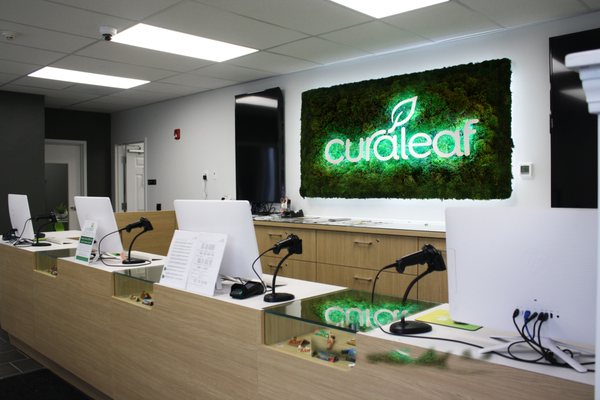 World’s Largest Marijuana Company’ Has the Largest Problem With the U.S. Government

Less than a week after closing yet another stock-heavy deal to make a claim to be the “largest marijuana company in the world,” Massachusetts-based Curaleaf received a very troubling letter from the federal government.

Curaleaf has spent most of 2019 swooping up cannabis business licenses in recreational states. Last week, Curaleaf announced it would pay $875 million for Grassroots, a company based in Illinois, where lawmakers legalized recreational cannabis in May. Earlier in the year, Curaleaf closed a $950 million all-stock deal for Portland, Oregon-based Cura Cannabis.

But CBD is also central to Curaleaf’s business plan — and in a way that is apparently violating the Food and Drug Administration’s guidelines on how to advertise and market products containing the widely popular, poorly understood cannabis compound.

As Bloomberg reported, various Curaleaf products including the “CBD Lotion,” “CBD Pain-Relief Patch,” “CBD Tincture” and “CBD Disposable Vape Pen” sold on www.curaleafhemp.com and advertised on Facebook and Twitter “are unapproved new drugs sold in violation” of federal law, the FDA informed the company in a letter sent Monday.

Products that claim to cure or relieve pain or other realities of the human condition are strictly regulated in the United States under the Food, Drug, and Cosmetic Act, a series of laws passed to protect consumers from patent medicine and snake-oil hucksters. Currently, no cannabis product is so regulated — including products derived from hemp, which most CBD products sold in the country are.

You can sell CBD products all you want under the Farm Bill signed into law by President Donald Trump in December as vaguely defined “wellness products;” you just can’t tell a would-be customer that your CBD product will cure specific ills — at least not until such claims undergo rigorous FDA examination.

And that’s exactly what Curaleaf is doing, the FDA said in its letter.

“Based on our review” of the products advertised on Curaleaf’s website and related claims regarding their efficacy, they are marketed as drugs and are “intended for use in the diagnosis, cure, mitigation, treatment, or prevention of disease and/or intended to affect the structure or any function of the body,” the FDA wrote. “New drugs may not be legally introduced or delivered for introduction into interstate commerce without prior approval from the FDA.”

Among Curaleaf’s claims that drew negative attention from the FDA, the agency said in a press release Tuesday, are statements suggesting that CBD cures cancer, treats Parkinson’s disease, treats Alzheimer’s disease, treats depression and anxiety and can “reduce the severity of opioid-related withdrawal.”