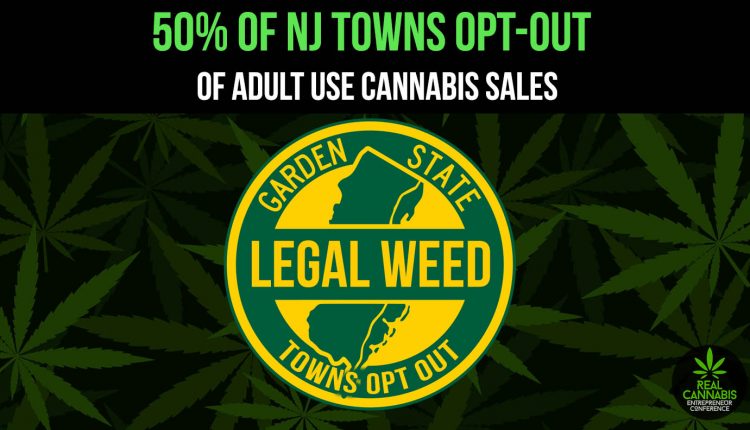 New Jersey legalized the use and sales of marijuana for all purposes early this year—February 22,2021. Towns and localities were given 180 days to choose whether or not to be among the municipalities with a pathway for the legal recreational cannabis market in the state. Many of these towns have rejected and are opting to ban the drug, as well as prohibit sales.

According to the three bills approved by Governor Phil Murphy, marijuana can be used and possessed by adults that are at least 21 years old. The towns in the state have been given the freedom to create individual rules to guide the sales and use of the drug.

There are several factors that will determine the option a town can choose to go with. Either they open their gates to cannabis entrepreneurs to better their economy by creating a local enforcement structure or they choose to maintain the existing prohibiting laws.

Just 180 days was given as a deadline for each town to deliberate and pick their choice. This deadline was issued according to the New Jersey Cannabis Regulatory, Enforcement Assistance, and Marketplace Modernization Act.

It’s less than 1 day to the expiration of this deadline and the majority of the towns have voted. Areas that fail to carry out any action till August 21 will be governed by the state’s law.

Events leading up to this vote

The Garden state had an historical popular support from voters across the state when the cannabis reform measure was included in the ballot during the last general elections.

The measure was voted in in 562 municipalities out of a total of 565 located within New Jersey. In South, North and Central New Jersey, the votes showed a high percentage of voters were pro-legalization of cannabis policies. The votes did not differ based on the political orientation of residents of whether or they were located in the rural or urban regions.

50% Opted Out of the industry

Half of the total cities and towns in New Jersey have chosen to maintain the ban on adult-use marijuana businesses within their locality. This means they might not be eligible for the tax benefits that would come along with the approval of recreational cannabis sales.

Some of these towns have stated that their stance may be reviewed later on in the future, but for now, they reject opening their doors to actors in the cannabis industry.

The Gothamist column reported  that many of these local officials, while giving their reports to the state league of municipalities, stated that they were being cautious.

Some say that they do not want to be at the forefront of the New Jersey Cannabis Regulatory Commission. While others do not want to rush into the agreement before proper regulations have been crafted for the newly established recreational marijuana industry in the state.

They claim that they will reconsider after the New Jersey Cannabis Regulatory Commission reveals its own set of new rules by August 21.

Other Reasons for the Ban Include:

One of the mayors of these municipalities stated that residents did not vote for teenagers to become drug users, nor did they vote to allow overtaxed products to be sold within the area for some people to come in and undercut the legal drug.

Another mayor , Paul Kanitra of Point Pleasant Beach states that the problems of the town during summer is as a result of the excess consumption of alcohol and drugs. Hence, his town’s decision to ban the cannabis industry. The town has since then introduced an opt-out ordinance.

Mayor Kanitra also added, “I guarantee that, if you put a question saying, ‘Point Pleasant Beach, do you want a marijuana grow or storefront here, it would fail overwhelmingly”.

The mayor of Livingston, Shan Klein has said that Livingston might approve cannabis business when the commission discloses other information like parking requirements and most importantly safety protocols.

Mayor Klein has been accused of using the “delay tactic” as an excuse to opt out. Klein has however refuted these allegations and he added that “the people with interest in Marijauna in Livingston really want it and are very vocal about it”. The council however thinks it will be wiser to wait and observe the next occurrences instead..

The county of Toms River also bans the marijuana industry.

Municipalities that are on board have started writing individual marijuana business rules that would regulate the actors of the industry within each area.

Their choice to allow adult-use cannabis companies to operate within their areas shows their readiness to benefit from tax sales as well as create employment opportunities for residents in the state.

One of the municipalities to opt into the industry as well as give preliminary approval to proposed legislation that will oversee the local adult-use marijuana businesses which will be located within its borders is the Newark City Council. Their approved rules consider the security of residents in the allowed locations as well as odor management.

Other communities to join this venture  include large cities like Atlantic city, Hoboken, Trenton, and even Jersey City. They are all writing their own rules.

Like all communities, the commission must also present its first draft of regulations for the budding cannabis industry.

The rate at which these municipalities are opting out of the cannabis industry shows a discord between the town governments and the majority of residents.

The ban of the industry equates to banning all legal weed manufacturers and growing facilities within the borders.

However, these councils are prohibited from banning their residents from using the drug for whatever reason. The residents in these areas will be dependent on licensed cannabis delivery companies to supply their cannabis products.