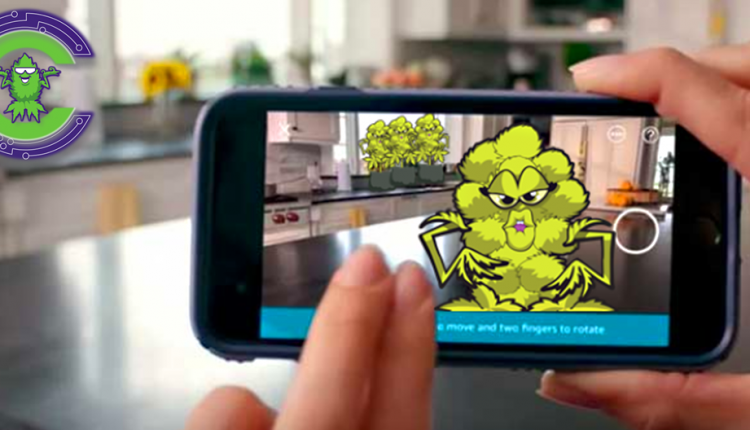 Chronic Games just released CryptoChronic, one of the first video games based on Cannabis and built on A.R. (Augmented Reality) and Blockchain technology.

A deeply gamified, digital collectible based virtual world built around Cannabis, it is a multi-platform video game of epic ambitions. It starts by bringing for the first time the breeding and trading of gamified, virtual Marijuana utilising blockchain. This enables access to a truly immersive universe and experience.

It seamlessly ports into a Freemium Mobile Game, a digital companion rendered in augmented reality. This allows users to carry, interact and nurture on their own mobile devices virtual strains of Cannabis. Each is a uniquely customised character, a “buddy”, and a needy one at that. This gameplay is integrated with a Multiplayer Battle Mode, the “Smoke Off”. Multiple players challenge each-other in a clash to the last (virtual) toke.

Geoffrey Baker, Director of the studio, states: “We are proud to announce a new paradigm in defining deep gamification, user interaction and character development. Habitually blockchain gaming offers restricted depth. Tokens are merely tokens. Ours instead are Characters, with a story and a function within a wider game-world. They act as keys to a cannabis themed universe, a “Cannaverse”, relating to the user on a deeper personal and intimate level. We are excited about what is achieved leveraging such technology. Not only regards gaming but also more broadly for the Cannabis industry, in dire need of bridging the gap with digital solutions.”

CryptoChronic empowers early-adopters to experience Cannabis in a video game utilizing such powerful instruments as blockchain and augmented reality. By doing so it seeks to recruit evangelists for its message, establishing the foundations of a strong community. This will be leveraged towards developing the game close to its fans, growing together into a fully-immersive experience that involves them like never before.

Your Smartphone May Soon Be Able Detect If You’re High!!!…

Chronic Games Ltd is a company formed by like-minded people that believe in the blockchain, and in legal Marijuana. We are a video games’ studio that capitalizes on the long experience and valuable know-how of a plethora of strong partners. Each brings to the equation specific knowledge and value added. The unique combination of our diverse experience and expertise creates a whole which is stronger than the sum of the parts. The technical aspects of the development have been outsourced to absolute leaders in the industry, with long and successful track records in their field.