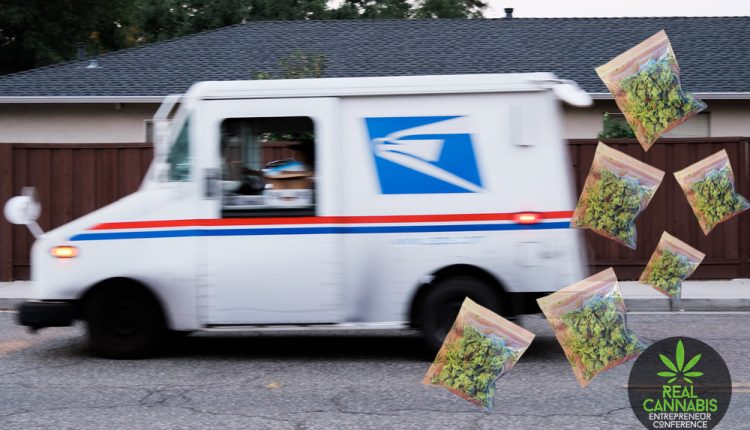 A Vanderbilt legal paper published in the Boston University Law Review called “Interstate Commerce in Cannabis” shows that shipping cannabis to other states may already be legal and more plot twists lie ahead for the cannabis industry.

The day the earth stood still is how science fiction may classify the new legal review from Robert Mikos of Vanderbilt Law. To sum up the legal review of the current marijuana industry, Mikos concludes a few things, per say:

Interstate commerce is probably already legal due to the Dormant Commerce Clause (DCC) in the US Constitution.

It challenges the conventional wisdom that the federal ban on marijuana gives legalization states free rein to discriminate against outsiders in their local cannabis markets. It also debunks the justifications states have proffered to defend such discrimination, including the notion that barring interstate commerce is necessary to forestall a federal crackdown on state-licensed cannabis industries. The Essay concludes that the restrictions legalization states now impose on interstate commerce in cannabis likely violate the Dormant Commerce Clause (DCC). The Essay also examines the ramifications of this legal conclusion for the future of the cannabis market in the United States.

Full legalization will create an industry with a few dominant players due to economies of scale and bulk prices.

Areas that have lower costs of labor and electricity will see an uptick in job creation and business volume, whereas areas with higher labor costs and fixed costs will see growing and harvesting jobs to cheaper states. From the abstract:

It suggests that without the barriers that states have erected to protect local firms, a new breed of large, national cannabis firms concentrated in a handful of cannabis-friendly states is likely to dominate the cannabis market. This development could dampen the incentive for new states to legalize cannabis and further diminish minority participation in the cannabis industry. To address these concerns, congressional legislation may be necessary, because individual states have only limited capacity to shape the national market and the firms that compete therein.

…and the Federal government would have to step in and help if real growth is to be seen for SE and EE applicants.

…as we have already seen this in states like Maine. The discriminatory actions by the state to limit licenses to residents only will be overturned by Federal fair-trade practices and interstate commerce rules. From the conclusion of the paper:

The state laws that maintain these local industries, however, are legally questionable. The discriminatory restrictions states have imposed on interstatecommerce in cannabis are likely unconstitutional under the DCC. For one thing,Congress has not suspended the operation of the DCC’s nondiscrimination default rules. The federal ban on all marijuana commerce simply does not give legalization states license to discriminate against outside cannabis firms and investors. In addition, states lack a credible legitimate rationale for quashing interstate commerce in cannabis when they permit intrastate commerce in the same. In short, to the extent that states allow any commerce in cannabis, they likely must put outside firms and investors on an equal footing with locals.

If you are in the industry, some of the paper’s conclusions about large MSO’s and economies of scale taking over are well discussed points. State rules for local ownership have already been challenged in court and overturned. Yes, social equity and economic empowerment candidates may be left in the dust with full legalization unless the federal government steps in.

One curious argument not looked in the paper is that if cannabis’s margins have a “race to the bottom,” where grow operations will move to cheaper areas based on labor costs, electricity, and water, what happens when U.S. federal legalization hits the U.N.? Yes, areas with lower labor and production costs may gain marijuana jobs, but what happens when much cheaper places like Mexico, Brazil, Colombia, and Costa Rica begin to export their cannabis production? It won’t be a U.S. race to the lowest costs, but an international race to the bottom. Based on how fruits, vegetables, car parts, lumber, and other international businesses work, the U.S. may not be the biggest or best cannabis producer on the planet.

Once the U.S. federally legalizes the plant, then the U.N. will have to change its drug treaties and now 163 other countries will be able to grow cannabis and export it without fear from the U.S. judicial or financial system.

Will a cannabis company willfully ship cannabis across a state line and document it in order to challenge the legal standing that marijuana, although a Schedule 1 drug, cannot gross state lines under the Schedule 1 CSA rules? Probably not because of Schumer’s recent introduction of the CACO legalization bill.

The industry will wait and see how the voting and lobbying goes for that bill, many are hoping for a pleasant surprise with the likes of Amazon and conservative billionaire Charles Koch now supporting cannabis legalization.