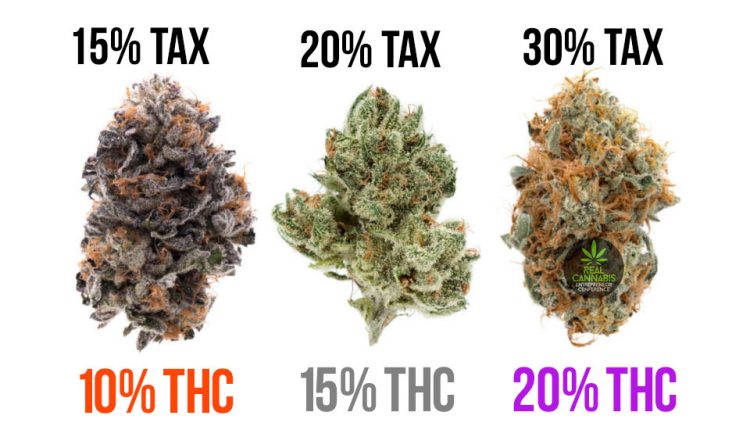 NYC Considers Potency Based Tax! 😨 The Stronger the Weed, the Higher the Tax!

The stronger marijuana, the higher the tax.

That’s an approach to legalizing and taxing weed envisioned by Gov. Andrew Cuomo, which would make New York the first state to scale taxes based on potency.

The proposal would give New York one of the highest marijuana taxes in the country,

And could push cost-conscious consumers to black market dealers. A lower tax, on the other hand, would spur legal sales and lead to increased revenue for the state.

Under Cuomo’s proposal, marijuana sold in flower form, or buds, pre-rolled joints or loose weed known as shake would come with a wholesale tax of 0.7 cents per milligram of THC, the psychoactive substance that gives users their high.

Concentrated cannabis oil products could be taxed at 1 cent per milligram of THC.

Cuomo’s proposal would levy and even higher tax on edibles and other cannabis products — 4 cents per milligram of THC.

“No other state has tried to do something like this,” said Jordan Isenstadt, spokesman for the growers’ group. “If you’re buying vodka, you don’t pay more money for a higher proof vodka.”

The proposal drew a cool reaction from another group that favors legalization, the New York chapter of the Drug Policy Alliance.

Its director, Melissa Moore, said the approach provides insufficient financial support for “community reinvestment” in neighborhoods “brutalized by the immoral war on drugs.”

A final state budget is slated to be in place by April 1.

Cuomo sought to legalize marijuana a year ago but lawmakers ended up adopting a spending plan that shelved the measure.