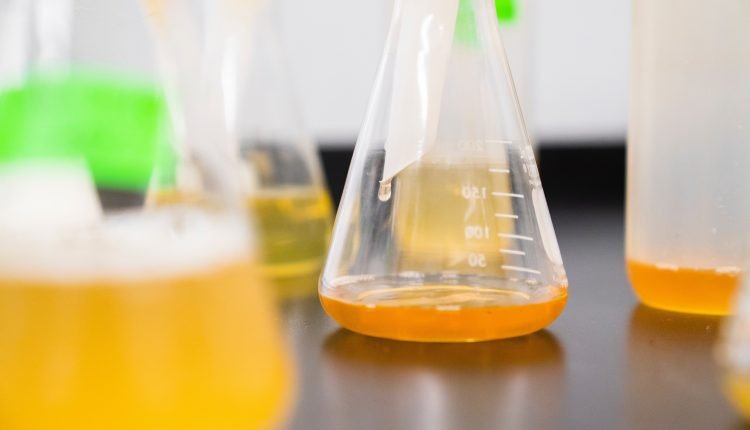 Move Over Terpenes, Flavonoids are the next Big thing in Cannabis Research

Move over, CBD. Forget terpenes. It looks like the next big thing in the rapidly evolving, ever-expanding world of cannabis is going to be flavonoids.

Why’s that? Because, despite the fact that studies are only just getting off the ground, “cannflavin” (cannabis flavonoids) research is already raising hopes that we might one day have a whole new way to treat pain.

“Flavonoids” are chemicals found in all plant life (not just cannabis), that are responsible for the pigment in fruits and vegetables. That’s not all flavonoids do, though, and other functions have been of interest to researchers for some time, since many have been shown to have antioxidant properties. It’s the main reason people say we should “eat by colour” and, quite frequently, when some unsuspecting plant gets pegged as a “superfood,” it has something to do with its flavonoids.

And cannabis might be next, thanks to Cannflavin A and Cannflavin B, two of the plant’s flavonoids that have especially powerful anti-inflammatory properties. Like, 30 times more powerful than aspirin.

This news isn’t actually new. The potentially magical pain-relieving powers of cannflavins were first discovered by Marilyn Barrett, a researcher from the School of Pharmacy, University of London, back in the 1980s. So why haven’t we heard more about cannabis edibles as a new superfood? Because cannflavins make up a minuscule amount of the plant’s matter and you’d have to consume Cheech and/or Chong levels for it to work as an effective anti-inflammatory.

“This is very typical of many natural products that have therapeutic value,” says Tariq Akhtar, assistant professor at the University of Guelph’s department of molecular and cellular biology. “And you can’t just grow fields and fields of the plant and expect to get enough of the bioactive compound out of them, because they’re in such low amounts and, since they’re complex chemicals, they’re hard to get at. Extracting and purifying them is possible, but it’s not economically viable.”

Cannflavins, Akhtar says, present in something like .014 per cent of the fresh weight of the plant. So it’s a little like that whole red-wine-is-good-for-you thing that was floating around a while ago — an idea based on the suggestion that a specific phenol in grape skins had miraculous anti-aging properties. Unfortunately, even if it is good for us (it’s never been confirmed), we’d need to consume something like 40 litres a day to reach therapeutic levels.

“What’s interesting about the molecules in cannabis is that they actually stop inflammation at the source,” Akhtar says. “And most natural products don’t have the toxicity that’s associated with over-the-counter pain relief drugs, which, even though they’re very effective, do come with health risks. So, looking at natural products as an alternative is a very attractive model.”

Heavy use of non-steroidal anti-inflammatory drugs (NSAIDs) and other over-the-counter pain medications are associated with higher risks of kidney disease (ibuprofen) and stomach problems (acetylsalicylic acid). Even analgesics, such as acetaminophen, if used heavily and in combination with alcohol, could lead to liver problems. Given all of this (in combination with the trail of devastation the drug companies have left with their aggressive marketing of opioids), one might ask why nobody has jumped on Marilyn Barrett’s original cannflavin discovery back in the 1980s.

The answer? Well, the development of in silico computer technology helped, but the biggest reason for the delay is that cannabis research was stalled — globally — because of the plant’s legal status. It’s not just about the logistics of getting a university to agree to allowing marijuana plants in campus labs, it’s also about finding the funding to explore an illegal substance. That changed (in Canada, at least) with the Cannabis Act of 2017.

“We wouldn’t have been able to do this if it wasn’t for the climate right now in this country really pushing people like us to do this research,” says Akhtar. “There’s a lot more research that has to happen and I think working in Canada right now, at a time when our government has been really supportive of this agenda and there’s a lot of industrial and financial support available to actually research this plant, makes for really exciting times.”