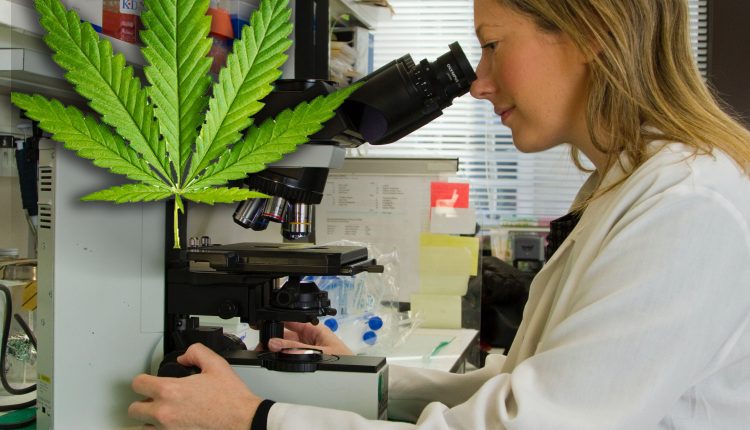 While many medical and recreational cannabis companies have tried for years to find ways to guarantee uniformity and consistency for their products, the cannabis plant contains an enormous number of active ingredients that can possibly affect the body in a variety of ways.

Each strain can contain dozens of different cannabinoids and terpenes in varying amounts, and ingesting the wrong one can cause adverse effects, especially in the medical cannabis field.

For example, while several studies have so far found that certain strains of cannabis sativa could very well help mitigate two of the more severe symptoms of COVID-19 – fibrosis and inflammation of the lungs – one of those studies also found strains that had the exact opposite effect.

The system was developed using technical support of the “Plant Metabolism Laboratory” from the MIGAL Galilee Research Institute in northern Israel.

“This is a necessary step that allows for the first time the creation of a permanent and robust ‘biometric ID card’ for each cannabis strain,” said the company’s geneticist and scientific development manager Asaf Salmon, who led the development process.

Salmon explained the importance of the system, saying that “determination of the plant’s identity based on its typical DNA enables an independent, reliable and statistically valid identification, more so than any other biological parameter we have had so far. All this is from the fact that a strain’s DNA sequence is the exclusive source of its identity.”

The process of identifying the ID of a cannabis plant has until now been based on many varying external and subjective parameters such as plant height, leaf color, stem diameter and measured active ingredients, which has made its identification extremely unreliable and led to many faulty identifications, lowering the overall efficacy of medical cannabis treatments.

The move is also a godsend for regulators, who have long been struggling with issues of strain branding and less reliable methods of strain differentiation.

The company believes that based on the system, the process of registering strains as an IP rights can also be substantially improved and streamlined. For example, rights such as Breeders’ Rights and/or registering a patent, in accordance with generally accepted procedures in each country, will be simplified, straightforward and significantly improve the ability to protect ownership rights.

The system is currently in the midst of its commercialization phase – also known as the “scale up” – in which it seeks to develop a larger-scale, more cost-effective technical platform for commercial use of the system, upon which the CGF’s services will become available to any interested parties in Israel and around the world.

The procedure for receiving a fingerprint for a certain strain will require taking a sample of a leaf from the plant and sending it to the company’s labs to be tested and analyzed by the CGF system.

For cannabis users outside of Israel who wish to analyze certain strains, a DNA sample would first need to be extracted from the plant’s leaf using laboratory services in the country of origin, and then sent in for analysis by the CGF system.