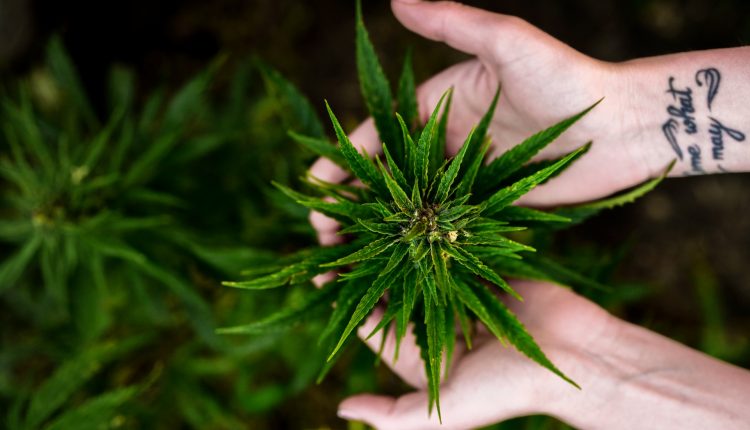 Indeed it is! And we knew it was coming. In May of this year, the government of Thailand announced plans for giving away a million free marijuana plants to households across the country. Health Minister Anutin Charnvirakul, announced via Facebook on May 8th, that he wants weed grown like a household crop by the Thai people.

Why is Thailand giving away a million free marijuana plants? As a sort of promotion of its own new law. Stating on the 9th of June, cannabis was removed from the narcotics drugs list in the country, which decriminalized the plant. Along with that, a new allowance was put in place for Thai residents to legally cultivate the plant at home, so long as they notify their local government first. The catch is that the plants are only for medical purposes, and therefore must be medical grade, with a .2% THC cap.

The weed grown in homes can’t be used for commercial purposes, though there does seem to be a possibility to gain further licensing for this activity. In fact, the government wants Thailand to see cannabis as a cash crop. About 1/3 of Thailand’s labor force is in agriculture, making the home-growing of weed, kind of like an extension of general industry.

Thailand is indeed giving out a million free marijuana plants of .2% THC or less to its people. Charnvirakul confirmed the government’s intention to give out free test kits as well, so growers can ensure their plants don’t go above the limit. If the plants do go above the THC limit, they are no longer considered legal. The Thai government doesn’t promote the population getting high, it only promotes the cultivation of low-THC cannabis as a medicine.

There are other stipulations in place as well. Inspections can be made to ensure all cannabis is grown and used properly. Those that don’t notify their government of their intentions to grow, can find themselves paying steep fines. The same goes for anyone who is caught selling a cannabis product without the proper licensing, which can result in jail time along with a fine.

The kick-off ‘event’
Thailand is celebrating its legal change by giving away a million free marijuana plants, but there’s more to it than that. Several things happened the day the decriminalization law went into effect, creating an event-like atmosphere. Everything began June 9th when cannabis was removed from the list of narcotic drugs.

Another aspect of the decriminalization is that it covers cannabis in food products. Starting June 9th, restaurants began serving cannabis edible products to their customers. Such products are bound by the .2% THC limit, but are now otherwise legal for sale. In doing so, Thailand became the first Asian country to approve such products in its market. This new allowance has already led to many shops offering up cannabis-infused foods.

On the same day, over 350,000 registered applicants were able to start home cultivation, having signed up via internet application to do so with their local government. And 4,000 prisoners were released who had been held on cannabis-related charges, showing that this new law is not just meant for industry, but to correct social injustices as well.

The day after everything went into effect, the government of Thailand began giving out the million free marijuana plants. The first 1,000 were distributed in the north-eastern province of Buriram. Charnvirakul made the statement to the people upon this starting (roughly translated): “Don’t use it and sit smiling at home and not get any work done. Those things are not our policies. We have erased the stigma. It’s being washed away like removing a tattoo. Don’t let it come back.”

Thailand and cannabis updates
Thailand sure has changed tack in the last few years, going through an entire overhaul of cannabis laws, and becoming the first in its region to pass a legalization measure. Thailand did this in 2018, when the National Legislative Assembly voted unanimously to pass a medical legalization in the country. This officially went into effect in 2019.

As is generally the case, this legalization did nothing to change recreational use laws, or any other laws surrounding cannabis. Cannabis remained a Category 5 narcotic, under the Narcotics Act of 1979 (though it was updated in 2019 for the medical legalization). Under the law, it meant the illegal possession of cannabis still incurred punishment of up to 15 years in prison and a fine of about 1.5 million baht (~$48,000).

On January 25th, 2022, Thailand went further and announced an intention to decriminalize cannabis by removing it from its narcotic drugs list. This new update was announced to come with home cultivation rights, so long as the growers first gained authorization from their local government. None of this went into effect right away, and still required further rules to come out for specifications. Unlike other countries that have taken (or are taking) a long time to get all this together, Thailand did it in just a few months, officially decriminalizing the plant June 9th.