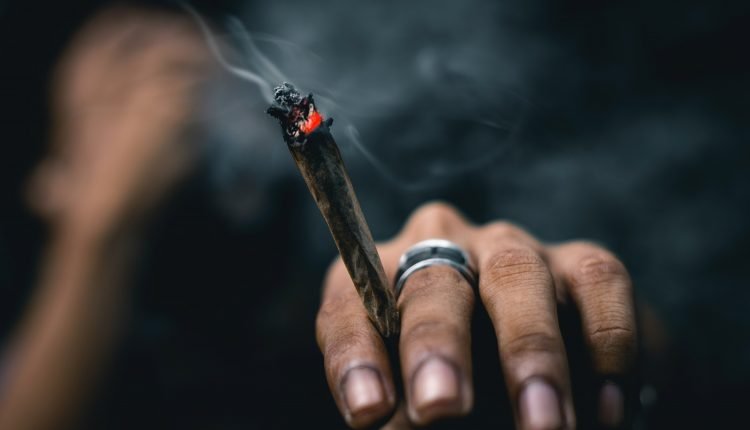 Marijuana legalization activists across the country are holding their breath with every stop and start in the push to legalize weed in the Garden State.

And it’s not just because of their hopes that New Jersey becomes a billion-dollar linchpin in the tristate area.

It’s because New Jersey has established itself at the forefront of a social justice-driven marijuana legalization plan, advocates say, with expungements and racial equality becoming hotter topics than even tax rates. And many of the issue’s longtime advocates expect the New Jersey model will soon become the model for other states looking to legalize weed.

“We are focusing as heavily on the criminal and social justice aspects as we are the economic aspects of this bill,” said Evan Nison, board treasurer for the National Organization for the Reform of Marijuana Laws, the country’s oldest legalization advocacy group. “That’s going to have profound effects on this nationally and globally over the next 15 or 20 years.”

As written, the New Jersey Cannabis Regulatory and Expungement Aid Modernization Act would not just legalize, tax and regulate marijuana for adult use. It would also allow most offenders with low-level marijuana convictions — including some distribution charges — to have their records expunged.

While the law would only legalize possession up to 1 ounce, it would clear convictions for possession of up to 5 pounds of cannabis.

But it wasn’t always like that. Early versions of the bill focused solely on legalizing cannabis, punting social justice decisions to future legislatures.

It was only after years of discussions with legislators and cannabis industry executives that the New Jersey bill grew into something the American Civil Liberties Union of New Jersey could get behind because of a sharpened focus on racial and social justice reforms, such as expungements and efforts to create a diverse cannabis industry, executive director Amol Sinha said.

“It felt like nobody was having the conversation, other than advocates in their echo chambers, about legalizing from a racial and social justice perspective,” Sinha said.

“Now, we have advocacy organizations in conversation with the business interests, with mayors and lawmakers and the governor’s office, all making sure we’re on the path toward a more just, fair and equitable New Jersey.

By including the expungement of low-level marijuana offenses from the start, New Jersey is in rare company. Of the 10 states with legal weed, only California included expungement provisions in its original 2016 ballot measure.

In other legal weed states, expungement largely has been an afterthought addressed by a new law or executive order. While Washington Gov. Jay Inslee pardoned 3,500 marijuana offenders in January, his call for mass expungements would only affect those whose criminal records include exactly one marijuana possession charge.

And in Colorado, where prosecutors and mayors have started handling expungements on the local level, social justice was overshadowed by the do’s and don’t’s of the new cannabis industry when Colorado voters legalized weed, said Paul Seaborn, who teaches business of marijuana at the University of Denver.

“There was already so much to be done that social justice didn’t really get to the top of the list,” Seaborn said. “And what we’ve learned not just from Colorado but all the other jurisdictions is that, unless you build that into the program, you’re mostly reinforcing what’s already taking place.”

The proposed New Jersey marijuana law not only builds social justice into the program — it goes above and beyond what any other state has done, activists say.

By allowing expungements for distribution crimes and possession of up to 5 pounds of marijuana, New Jersey is breaking the mold, said Bill Caruso, an attorney and board member of New Jersey United for Marijuana Reform, a grassroots coalition of marijuana legalization advocates.

And if the bill passes as written, it could be a test case for other states.