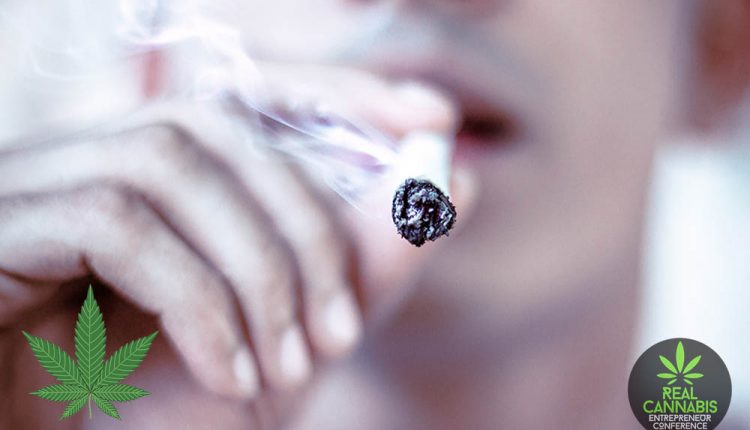 After a century of selling trillions of cigarettes to every corner of the globe, many major tobacco conglomerates are now apparently trying to rebrand themselves from purveyors of toxic “cancer sticks” to health and wellness companies.

Just last week, the CEO of tobacco giant Philip Morris urged the UK government to ban all cigarettes by the end of this decade. By that time, the company is hoping to phase out sales of cigarettes and other smoke-based products in favor of healthier alternatives. For the most part, the company will focus on selling smoke-free nicotine vapes, but executives have also floated the idea of launching their own cannabis vape brand.

Not to be outdone, British American Tobacco (BAT), the UK’s largest tobacco company, just announced that it is also planning to switch from cigarettes to smokeless alternatives. But while Philip Morris is only tentatively considering weed products, BAT has already committed itself to the cannabis sector. In March, the company spent over $175 million to become the largest shareholder of Organigram, a licensed Canadian cannabis firm.

BAT’s initial investment into the weed industry is comparatively modest by corporate standards, but according to chief marketing officer Kingsley Wheaton, legal cannabis products will play a major role in the company’s future. “As we think about our portfolio for the future, certainly beyond nicotine products are interesting for us as another wave of future growth,” Wheaton told BBC Radio 4.

Of course, adult-use cannabis remains illegal throughout the UK and most of the world, so BAT will focus its initial efforts on legal, hemp-derived CBD. The company has already begun selling a new CBD vape product in Manchester as an initial trial. Wheaton told the BBC that he believes that CBD vaping “is part of the future, but the present challenge is reduced harm in tobacco and nicotine alternatives, encouraging people to switch.”

BAT has already sold over 316 billion cigarettes this year, pushing the company’s overall half-year profits up by 8 percent to over $17 billion. But more than a third of the company’s revenue now comes from vaping brands like Vuse, Velo, and glo. The company also reported its largest gain in new customers, with users of vapes and other non-combustible products growing from 2.6 million to 16.1 million.

By 2025, BAT is hoping to sell $7 billion worth of “new category” products like cannabis and nicotine vapes every year. But even if the company succeeds at this goal, cigarettes and other smokable products will still account for over half of the firm’s total revenue. “For now… BAT is still dependent on cigarettes,” William Ryder, equity analyst at Hargreaves Lansdown, told the BBC. “Traditional tobacco products still pay the dividend, and will do for some time.”

Since the UK government seems unwilling to embrace comprehensive cannabis reform, tobacco companies are eyeing the thriving adult-use market in the US and Canada. In 2018, cigarette giant Altria spent $1.8 billion to buy a 45 percent share of Canadian cannabis producer Cronos.

Tobacco and alcohol companies are also preparing to pounce on America’s legal weed industry if the US finally puts an end to prohibition. Senate Majority Leader Chuck Schumer’s new weed bill does contain provisions that would prevent these companies from dominating the market, though.

NOTES FROM REAL CANNA EDITORS: This is seriously laughable!!!! Big bad tobacco renounces cigarettes and tells the UK people they are unhealthy. This is purely a strategic and financially driven decision as they clearly see the opportunity in cannabis and the advantage they have with billions in agricultural research, tools, machinery and know how. However would you trust big bad tobacco to grow your pure organic cannabis??? Hmmmm