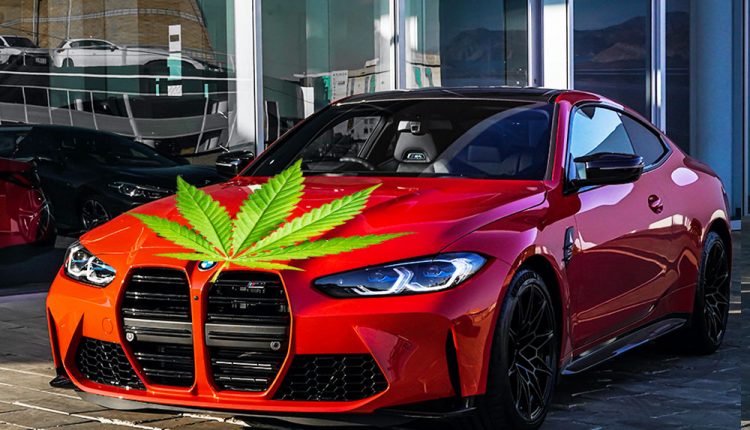 The German based automaker BMW has been working with hemp materials for quite sometime to my surprise! Everything from door panels, interior parts and more.. Hemp Based Bimmers coming soon!! 🙂

Automaker BMW Group is looking to slash the carbon emissions of making and using its cars – and hemp may play a larger role.

BMW Has Been Using Hemp for Years!

BMW has been using hemp for some years, for example in the lining of door panels of its electric i3. This isn’t just a warm and fuzzy tree-hugger thing to attract the eco-savvy consumer; but also plays a (small) role in lightening the vehicle.

It looks like hemp and other plant materials might be getting more of a look in, with the company stating it is stepping up its fight against climate change and will drastically reduce CO2 per vehicle by 2030.

One of the strategies is the increased use of natural materials over petrochemical ones.

Kid Cudi is looking for a Professional Blunt Roller! (Apply…

Hemp and other Natural Fibers Being Used as Lattice Structures

The BMW Group and its partners have systematically further developed the use of fibres such as hemp, kenaf and flax, providing them with natural fibre lattice structures,” says the company. “Thanks to these support structures, it is possible to maintain their mechanical properties and avoid additional weight by reducing the amount of material needed,” says the company.

BMW Group is also using biobased plastics and plastics reinforced with natural fibres such as hemp, cutting down on the use of oil based primary plastics. Its aim is to use thermoplastics with an average of 40 percent recycled material by 2030.

The company’s overall goal is to reducing lifecycle CO2 emissions of its vehicles by more than 40 percent by 2030.

Long before BMW Group started tinkering with hemp in the manufacturing of vehicles, Ford toyed with the idea. Way back in 1941, Ford chemists developed a super-strong material composed of 70 per cent cellulose fiber and 30 per cent resin binder. 10 percent of the fibre content was hemp.

At around that time the US government was encouraging hemp cultivation. It’s not clear why Ford didn’t pursue its invention; but it may have had something to do with the demonising of cannabis that followed, when hemp and marijuana were lumped in together. In the following decades, hemp disappeared from fields in the USA due to prohibition and it wasn’t until 2018 when it was finally made legal and recognised as an agricultural crop like any other.