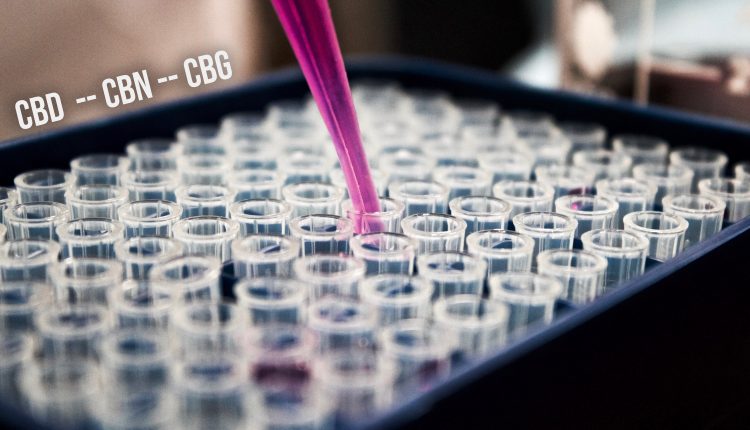 The fake cannabinoids are coming. And, like the artificial meat popping up on fast-food menus and grocery shelves across the country, they could disrupt multiple industries.

As CBD has become more popular, a growing number of companies are scaling up efforts to produce lesser-known cannabinoids such as CBG and CBN. Although the compounds can come from the plant itself, some biotech firms are finding it’s cheaper to engineer them synthetically.

Now, the race is on to improve production and bring down costs as demand grows for cannabis-derived treatments for sleep, pain relief, relaxation and more. That could open new opportunities for consumer goods and pharmaceuticals.

While CBD has gotten all the attention lately — with help from big names like Martha Stewart, who recently launched gummies, and Molson Coors Beverage Co., which has a partnership for CBD drinks — more than 100 other compounds can be extracted. As consumers familiarize themselves with the alphabet soup of options, one increasingly popular one is cannabigerol, or CBG, which is used to treat pain and nausea — and, like CBD, doesn’t have the psychoactive effects of THC.

Willow Biosciences said last month that it’s working with manufacturer Albany Molecular Research to achieve large-scale production of CBG by the middle of next year. Willow, based in Calgary, Alberta, sold out of its first batch of the compound, and about 17 more companies have said they want to buy the next samples when they become available, said Chief Executive Officer Trevor Peters.

“What we see from food and beverage, personal care and tobacco companies is they all want to find a new product that is safe and has high consumer demand,” Peters said.

Willow isn’t alone. Biomedican Inc., based in Fremont, California, says it has a strain of CBG ready for widescale production and will ramp up output of another class of minor cannabinoids within two months. Demetrix Inc. and Amyris Inc. are scaling up production of CBG as well.

Alternative cannabinoids are likely to catch on since there’s already “a lot of stressed-out millennials embracing CBD,” said Laura Fuentes, CEO of Green Roads, a company that launched a coffee with CBD and CBG. “They don’t want to try the western medicine first.”

Sales of tinctures with CBN, CBG, THC-A or THC-V grew 11% in the third quarter over the second, according to Headset, which tracks cannabis trends.

Some of these newly popular cannabinoids are already starting to pop up in vape pens and capsules, Headset said. The cannabinoids on the market now are mostly plant-derived, but synthetic versions are coming.

Marlboro-maker Altria Group Inc. took a stake in Cronos Group in December 2018, a few months after the Canadian pot company made a deal with Ginkgo Bioworks to create cannabinoids from yeast. Cronos has said it’s on schedule to make fermented cannabinoids at scale by next September.

“We’ve started to see consumers become more and more familiar with CBG and the other cannabinoids,” Cronos CEO Michael Gorenstein said via email.

It’s not only cheaper to engineer cannabinoids than to extract them from plants; synthesis has other advantages, companies say. Those include a purer, pharmaceutical grade product and none of the legal headaches that come with parts of the industry that touch cannabis plants.

Read the full article on Bloomberg

Note from the Editor at Real Cannabis Entrepreneur

Although this sounds exciting… when big corporations start to artificially create things that grow naturally in the wild… It’s almost always bad news.  I’m a big proponent of the age old adage, if it ain’t broke don’t fix it!! Mother nature will always outperform man-made science.

However synthesized processes has its place, particularly for medicinal applications fighting late stage diseases that require super high and sustained dosages. I call it fighting fire with fire, since the root cause of most diseases today stem from artificial pollution and contaminants. Sometimes they require some artificial boosts in the opposite direction to rectify the issue.