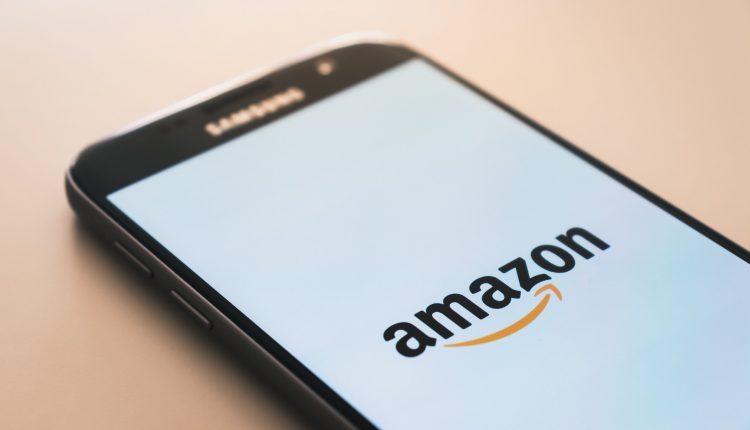 Amazon still says no to drugs, and is booting marijuana businesses

For nine years, Arnold Marcus had been making a living selling spice grinders on Amazon.

His company, Golden Gate Grinders, had several colors available, repeat customers and an invitation to join the Amazon Accelerator program, a path toward becoming a supplier for Amazon’s private label. Marcus, 68, would package orders and take customers’ calls from his living room in San Francisco, proud that he was involved in every aspect of the business he built.

That changed overnight last year when Amazon removed his listings, flagging his products as a violation of company policy prohibiting the sale of drugs and drug paraphernalia. For the uninitiated, a grinder can be used for spices like oregano or rosemary, or for weed.

Marcus spent months fighting his ejection from Amazon’s online marketplace, to no avail.

“There was no indication in all those years that this is a prohibited product,” Marcus said this summer. “One day, they were supporting me and then one day it ended.”

Amazon says its guidelines around drugs and drug paraphernalia are longstanding and state that products can’t be primarily designed for making, preparing or using a controlled substance. Grinders that are equipped with features specifically for marijuana-related use are not allowed on the platform.

“Third-party sellers are independent businesses and are required to follow all applicable laws, regulations and Amazon policies when listing items for sale in our store,” a spokesperson said. “We have proactive measures in place to prevent prohibited products from being listed, including drug paraphernalia, and we continuously monitor our store, remove any such products and take corrective actions when we find them.”

For sellers, the language of the policy is clear but enforcement is ambiguous.

In some cases, Amazon has flagged products that have been sold on the platform for years. It has removed some spice grinders, like those that Marcus was selling, while allowing similar products to remain for sale. One grinder that is still on sale includes in its product description that users can “just keep your weed in it until you need it.”

A search for “spice grinders” on Amazon.com brings up more than 8,000 results. “Spice grinders for cannabis” has over 660.

“They’ve always said there’s no drug paraphernalia but there were lots of products that were ambiguous products that were able to sell on the platform for years and years,” said Lesley Hensell, co-founder of Riverbend Consulting, which helps third-party sellers on Amazon.

Riverbend Consulting started hearing from more sellers about problems listing grinders last year when, Hensell says, Amazon changed the artificial intelligence it used to search for contraband on the site. Now, listings that slipped through the cracks are flagged by the software right away.

The cannabis industry is inherently risky, said Chris Shreeve, co-founder and vice president of business development at PrograMetrix, a Seattle-based ad agency with a cannabis and CBD division. Shreeve also co-owns The Bakeréé, a dispensary with two locations in Seattle.

“We have to play the hand that we’re dealt in the cannabis space,” he said. “It’s a difficult hand, but we’ve got to do it.”

Platforms like Google, Meta and Amazon are “tiptoeing around acceptance,” Shreeve said, hoping to follow federal rules and keep up with changing guidelines across state lines—while also finding some way to tap into the roughly $30 billion cannabis industry. Amazon has campaigned for marijuana legalization at the federal level and, in June 2021, announced it would no longer include marijuana in its drug screening program.

That ambiguity has left many companies in the cannabis industry looking for workarounds, Shreeve said.

On Google, a company can share information about cannabis but can’t sell the product or a related product. So brands will market blog posts about the industry in the hopes potential customers will click through and later make a purchase. Meta allows companies to market topical CBD or hemp products but not anything that users would smoke or chew. So brands will create separate landing pages for different products, hoping again to reach new customers.

“Each platform has its own hoops to jump through and red tape to navigate but there are brands that are sidestepping those rules and regulations because of the importance of exposure for the company and the product,” Shreeve said.

“I don’t fault cannabis and CBD brands for trying to navigate the ambiguous rules and regulations on some of these larger platforms,” he continued. “But it needs to be done under the assumption that there is risk.”

Marcus, from Golden Gate Grinders, has spent the past year tweaking his product and the way it appears on the website to respond to Amazon’s concerns. His seller account is still active, but his products aren’t listed for purchase, meaning he can’t bring in any revenue.

After months of small changes, Marcus scrapped his listing entirely and created a new product: a 2.5-inch silver spice mill without any key words, photos or descriptions. Amazon still flagged and removed the product.

“I’m done, there’s nothing else I’ll do or can do that will change what’s going on,” Marcus said. “I feel even if I create a Golden Gate Grinders toothbrush, it’ll be removed.”

Many third-party sellers outside the cannabis industry have run into similar problems, reporting that a confusing decision—often driven by an algorithm—has kicked products off Amazon’s platform with little explanation and little room for recourse. Last year, Benton County-based Chukar Cherries was removed suddenly when Amazon’s fraud-prevention algorithm inexplicably linked it to another seller in China that had been deactivated for violating company policy. It took 67 days to get the sweets back online.

In online forums for third-party sellers, concerns specific to grinders have cropped up again and again. One user posted that they “can’t understand why others can sell” but they cannot. Another said it was unclear what triggered it, “but for whatever reason [the] majority of the listings were yanked.” Another said Amazon’s “one size fits all policy makes sellers lose millions.”

Before Golden Gate Grinders ran into its own trouble, Marcus had been a vocal supporter of Amazon on these types of forums. He posted that being a third-party seller on Amazon gave him, “a burnt-out software engineer, an old man, an opportunity to recreate himself.”

Now, he is considering filing for bankruptcy, has had to ask his brother for a loan and has taken on credit card debt.

He had been buying inventory to prepare for the moment Amazon relisted his products but, after nearly a year off the platform, he’s no longer optimistic he could build his business back up. He’s lost customer reviews that are crucial to getting his product on the top of the search results and his competitors have been operating while he’s been sidelined.

“Even if somebody woke up one morning and said ‘Let’s let him back on,’ that would be very challenging,” Marcus said. “I have to start from the beginning. They seriously damaged and hurt my company.”

“At this point, I don’t think anything will work. I think what Amazon has done is working as intended,” she said. “They need to find other products to sell or sell it somewhere else. It’s not going to happen on Amazon anymore.”

Tickets are limited click to GET TICKETS NOW!! www.RealCannabisEntrepreneur.com