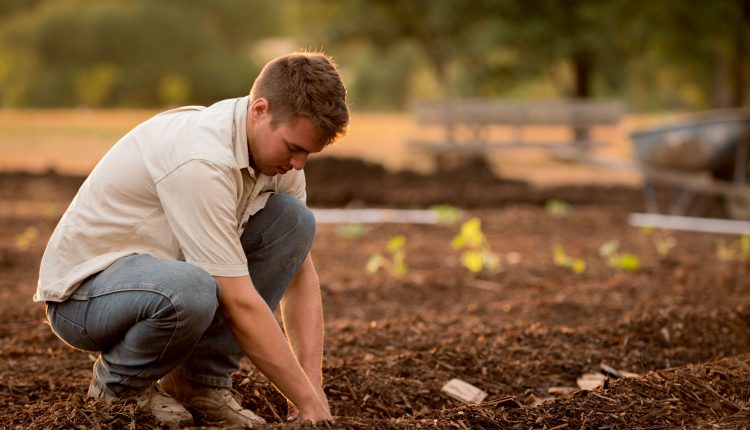 N.J. farmers planted hemp for the first time this year. Here’s how one fared with the cash crop 🌿

Chris Leanzo didn’t have any experience in farming when he put 155 hemp plants into the ground this June.

One of the first 59 farmers to receive a license to grow hemp in New Jersey, Leanzo mentally prepared to only harvest 20 plants this fall from his Frelinghuysen, Warren County farm. But even after facing spider mites and inch worms as well as a dry and cold September, the farm may net some 50 pounds of hemp from its 130 successful plants.

That far surpasses his cautious estimates, and could have him making a profit on their first season.

But as the state eyes marijuana legalization via a ballot question this November, the promise and struggles of hemp farming have become secondary to New Jersey’s race to become the first state in the region to offer legal marijuana. That industry is expected to bring hundreds of millions in tax revenue as well as new jobs.

“As small farmers, we all share this unified struggle of fear of losing the market before we had a fair share of even getting it,” Leanzo said.

Hemp, marijuana’s mild cousin, became legal under the 2018 Farm Bill. Since, states have put together plans and awaited approval from the United States Department of Agriculture to begin growing.

While some planted hemp in previous years under a pilot program, none went in the ground in New Jersey until this spring, when the state Department of Agriculture began to license various growers and processors.

Hemp and its extracts will not make a user feel high when grow legally with less than 0.3% THC, the intoxicating compound in marijuana. Instead, hemp can make textiles and oils like CBD, a trendy substance users swear relieves anxiety and inflammation.

But hemp does look and smell like marijuana. Federal and state governments have introduced strict regulations to ensure no weed goes in the ground disguised as legal hemp. Those rules have made growing hemp a challenge for farmers; some had to destroy crops that tested over the limits for THC content, a devastating blow during harvest.

Still, new hemp farmers planted 81 acres of the crop in New Jersey fields and another two acres in greenhouses this year, according to the state Department of Agriculture. As harvest remains underway, a spokesperson said they did not know the total amount destroyed, lost or to be harvested.

Leanzo opened the farm with his wife, Lauren Leanzo, and brother, Joe Leanzo. The property stretches for seven acres, but they planted hemp on less than an acre to start.

“We wanted to go in so small,” he said. “You have farmers today that are sitting on last year’s harvest still.”

As hemp growing has become more accessible around the country and interest spiked, the market has seen a glut. Some hemp from 2019 plummeted in value, and farmers have held onto harvests, unable to sell.

That’s just one hazard of growing the crop. Even after saving each plants to bugs and weather, Leanzo did say he had to destroy about three dozen plants that tested 3/100ths over the margin of error of the 0.3% THC limit.

The strict regulation is meant to keep the hemp industry honest, but puts pressure on even the most careful farmers to grow the plant with precision. Leanzo said the state agriculture department came to his property to witness the burning of those plants.

He said it was the state testing regulations that proved so tricky: While the plants had little THC, they did have THCA, the precursor compound to THC. Some states interpret federal regulations to test “total THC” to only refer to the active THC, but others, including New Jersey, have said the THCA content must be included.

That strain which tested hot was CBD heavy, while others Leanzo chose were CBG dominant. Even though he picked seeds from approved genetics for each, he said he may stray from the riskier CBD strains going forward.

“Experience is the best teacher, instead of letting it beat us down, we remind ourselves that we were going to plant 155, we would harvest 20,” he said. “We didn’t lose one plant.”