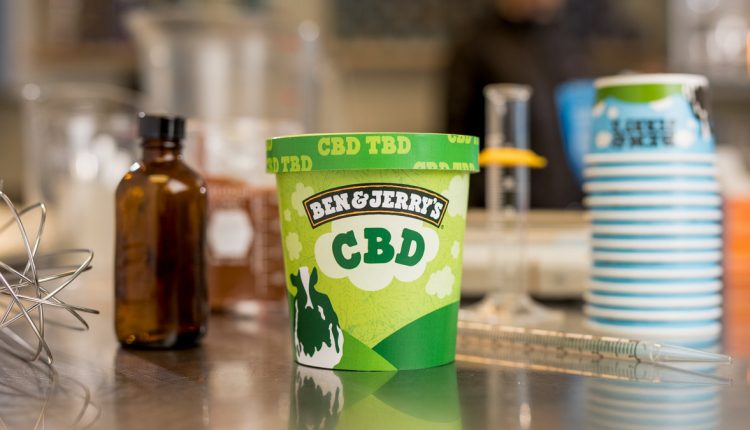 Ben & Jerry’s Wants In On The Budding CBD Industry

BURLINGTON, Vt. / — As a company long known for flavors like Half Baked & Magic Brownies, it’s no surprise that Ben & Jerry’s is open minded about the newest trend in food, cannabidiol or CBD. Given Ben & Jerry’s history and on-going goal to bring fans the best ice cream possible, the company has announced its commitment to including CBD in its ice cream innovations.

Ben & Jerry’s intends to make its CBD-infused ice cream available once CBD is legalized at the federal level. Currently the FDA prohibits adding CBD to food and beverages. The FDA had a public hearing on the legalization of CBD in food and beverages on May 31st but the framework still has not been finalized.

A National Restaurant Association survey found that three in four chefs named CBD – and cannabis-infused food– as a hot trend in 2019. “We’re doing this for our fans,” said CEO Matthew McCarthy. “We’ve listened and brought them everything from Non-Dairy indulgences to on-the-go portions with our Pint Slices. We aspire to love our fans more than they love us and we want to give them what they’re looking for in a Ben & Jerry’s way.”

The company currently sources its brownies from Greyston Bakery, which implements an open-door hiring policy; and its cookie dough from Rhino Foods, which hires refugees and sources its dairy from the St. Albans Co-op.

Ben & Jerry’s encourages its fans to visit benjerry.com to sign up for updated info on Ben & Jerry’s commitment and progress toward using CBD. Fans can also contact the FDA during their open comment window regarding CBD use in food now through July 2nd, 2019.