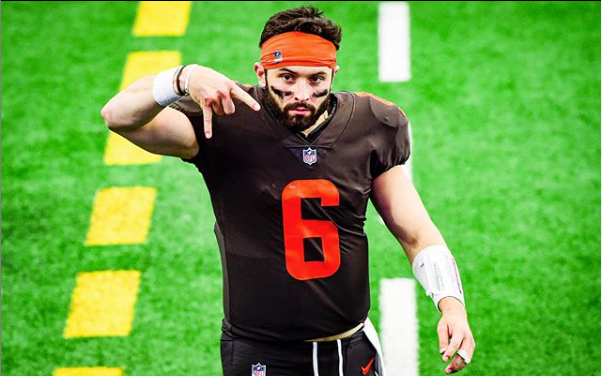 Baker Mayfield is making headlines again, but this time it is not for his antics on the field. The third-year quarterback for the

Cleveland Browns has come under fire from the National Football League Players Association (NFLPA) for his deal with beam, a CBD producer.

In a letter issued via email two days after Bayer signed with beam, the Players Association said the union does not support players actively endorsing CBD brands as per its agreement with the NFL. Players also are not permitted to endorse alcohol or tobacco brands.

“We received several inquiries regarding NFL players’ ability to engage in promotion and endorsement of CBD companies,” NFLPA said in the email. “At the beginning of the 2020 season, the NFL released the new rules promulgated by the league governing players and endorsements. NFL players, coaches, and other employees must not endorse or appear in advertisements for alcoholic beverages, tobacco, or cannabinoid products.”

Although many associate NFL players with CBD brands, most of the endorsements have come from former or retired players. Rob Gronkowski, current tight-end for the Tampa Bay Buccaneers, signed a deal last year to promote CBD-Medic. At the time, he had taken a one-year hiatus from professional football though he and his endorsement of the products are still featured prominently on the brand’s website.

Not only is Mayfield potentially violating the terms of the NFL and Players Association agreement for endorsing a CBD product, he seems to have confirmed that he is consistently using the cannabinoid which is still banned by the league.

“I’m always trying to figure out how to be at peak performance and how to get there and stay there, both mentally and physically,” Mayfield said after his partnership with beam was announced. “I found out about beam a few years ago and fell in love with it. I use it every day, it’s a huge part of finding consistency in the roller coaster year of 2020.”

So far no punishment has been announced by the NFL or the Players Association.